OHSWEKEN, Ont. – May 17, 2018 – The Action Sprint Tour is set to end an off-season of anticipation and hit the track for the first time with a busy doubleheader on the Victoria Day long weekend. The Series is also pleased to announce RaceRivalz.com as the presenting sponsor for the series in 2018 and will officially be known as the Action Sprint Tour powered by RaceRivalz.com. 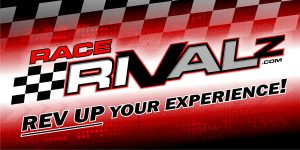 RaceRivalz.com is a game of both skill and chance where the objective of the game is to predict the outcome of measured events before they happen. By combining numerous sets of options to Rivalz players, the possibility of getting everything right becomes increasingly slimmer.

The player able to predict the most outcomes correctly can win exciting prizes and experiences that money can’t buy. Rivalz was created to build relationships and to create a more educated fan base through interactivity. The creation of the Rivalz concept will bring the fan experience to a more connected level both with the events themselves and with fellow fans and players.

The upstart Series will run its inaugural race on Friday, May 18 at Ohsweken Speedway before moving to Merrittville Speedway in Thorold, Ont. for the second race on the 10-event schedule on Monday, May 21.

“We are excited to get things going with a big doubleheader weekend,” said Geoffrey. “A lot of people have put in a lot of hard work in order to start this series in 2018. We’re looking forward to an exciting opening weekend.”

The tour will visit five different tracks during its inaugural season before crowning its first champion at Ohsweken on Friday, September 7.

While several teams have already registered for the Series’ inaugural campaign, teams who have not yet registered can fill out the Action Sprint Tour powered by RaceRivalz.com forms by clicking here. The $75 registration fee comes with several benefits for drivers, including admission to all events at the track’s member price and allows drivers to compete for a $7,250 point fund and up to $2,500 in bonuses. Drivers can submit their registration online and pay the $75 registration fee at any of the first three races.

For additional information on the Action Sprint Tour poweredbyRaceRivalz.com, including a full break down of the Series’ 2018 point fund and race purses as well as series rules, visit www.ActionSprintTour.com.