By Tommy Goudge (October 14, 2021) – The Action Sprint Tour Crate Sprint Car series fueled by Pinty’s will crown a champion this weekend in the Fall Nationals at Brockville Ontario Speedway.

An action-packed weekend is on tap at Brockville, as AST finishes the season at “The Bullring” for a second consecutive year. Nick Sheridan and Jesse Costa claimed Fall Nationals wins at Brockville in 2020, while 27 drivers were set to compete in the first AST points event at Brockville in August before Mother Nature intervened. This weekend’s event also features special events for 358 Modifieds, Sportsman Modifieds, Street Stocks, Mini Stocks, and Vintage Cars, and a rare afternoon event on Saturday.

Jacob Dykstra heads into the weekend as the AST points leader, and has won 10 out of the 13 AST events held thus far in 2021. Dykstra also won at Brockville earlier this season against the 1000 Islands RV Crate Sprint Car division regulars, while Allan Downey, Nick Sheridan, and Darren Dryden have also claimed AST wins this season. The all-time Action Sprint Tour win list does not feature any drivers from Eastern Ontario or Quebec…yet.

EXTRA CASH
Drivers will race for some extra cash this weekend at Brockville; a total of 20 travel bonuses of $100 each will be awarded over the two days thanks to 1000 Islands RV Centre and Corr/Pak Merchandising, while Splash Well Drilling will award $50 halfway bonuses each night. 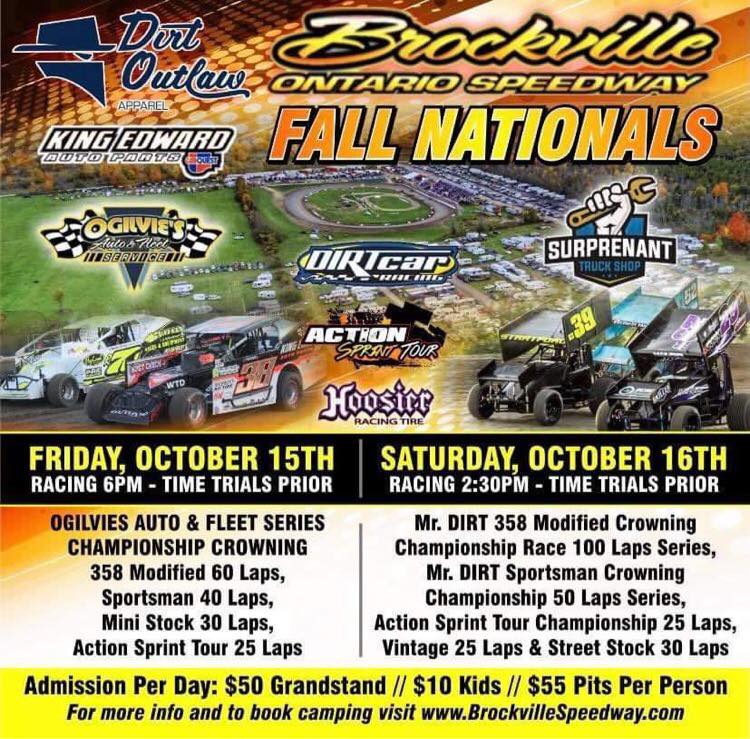